Once I was in a nightclub with a friend of a friend. He was a professional boxer. The biggest, toughest dude in the bar heard that this boxer had won the Golden Gloves, and the tough guy decided to see just how good a professional fighter really is. Maybe he wanted to test himself against a pro. Or maybe he just had too much to drink (the boxer surely had). It doesn’t matter. 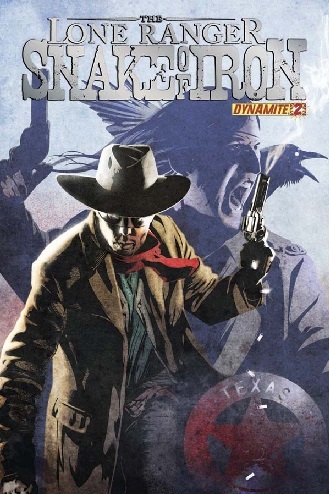 The boxer and his new friend stepped into the parking lot, and the big, tough dude was knocked unconscious with the boxer’s first punch. I am certain the tough guy was a great fighter; he had just never been hit by someone that had spent their entire childhood practicing throwing the perfect punch. Oh, and the boxer was a southpaw; I’m sure the bully never expected the punch to come from his right.

That was a long, long time ago. Flash forward with me for another short vignette.

I arrived early for a sales call. My client came out of the office to greet me and asked me if I was bringing anyone else to the meeting. I told him that I had one other person from my team joining us, but he was a few minutes behind me. I asked him who was going to join our meeting from his end. He said, “I have to go round up some of my team. There is no way I am NOT going to have you outnumbered.”

It’s an interesting statement isn’t it? It reveals one of the most interesting paradoxes in sales and business: we have to deal with both collaboration and conflict. We’re collaborating around the value that we create, but there is inherit conflict in pricing negotiations and such.

But until I heard my client say that he wasn’t going to NOT have me outnumbered, I honestly never thought it might have been a tactical decision. I’ve always enjoy the repartee of being asked rapid-fire questions by a large group of stakeholders in boardroom. I never recognized that the number of questioners might have been a tactical decision to shift the balance of power.

Being outnumbered isn’t the same as being outgunned.

You might grab two or three of your toughest buddies to pick a fight with, say, a young Mike Tyson. It would be true that you would have the young Mr. Tyson outnumbered, but you wouldn’t likely have him outgunned.

You never have to be outgunned. Even if you are outnumbered.

If you got here through The Sales Blog, I assume you’re in sales. It’s important that you learn enough about your dream client’s business to hold your own. But, if you’re not going to be outgunned, then you must develop the business acumen and situational knowledge that makes you the absolute subject matter expert in your domain.

Maybe you aren’t in sales. Maybe you are an entrepreneur (for my money, still a sales role). If you are going to sit down with your bank or investors to ask for money, you better know more about your market, your competitors, market trends, and risks and opportunities. You literally can’t afford to be outgunned.

Whatever you do, if you never want to be outgunned, you need to know something.

What do you need to learn to be the unquestioned subject matter expert in what you do? What’s your plan for acquiring that greater depth of knowledge in your domain?

What are the details that you need to learn to be in complete control of the facts when you are working with your clients?

How could spending more time working on developing your knowledge and expertise prevent you from ever being outgunned, even if you are outnumbered?

A single hour a week devoted to studying, to reading a journal, to studying the issues affecting your field amounts to 52 hours a year. That’s 52 hours more than most people will devote. An additional hour writing what you have learned not only improves your command of the new material, it also allows you to provide ideas to your clients and dream clients; it establishes you as someone with the knowledge and expertise to create real value. That’s 104 hours a year out 8,760 hours. Two hours a week.

The last four newsletters have been about mindset. This one is about skill set. You need both. If you are only going to answer one of the questions above, answer the second part of the second question above: Make a plan. You may be outnumbered, but you never have to be outgunned.

Have you ever been put in a situation where you were completely outgunned? Hit the reply button to share your thoughts, ideas, and questions with me. If you know someone who might get some value from reading this, forward it to them and tell them they can sign up here: Newsletter

Make each day between now and next Sunday count. I’ll see you back here next week!

Christian apologist, husband, father, runner, blogger, leader with LIFE Leadership.
View all posts by gabulmer →
This entry was posted in Notes from the Frontline. Bookmark the permalink.