Look for Humility in Leadership

Posted on August 24, 2015 by gabulmer
By Pastor Stephan Nash on April 9, 2015 in Faith & Family, Pastor Stephen Nash
There is no debate that the most respected and admired character trait for any person is that of humility. I would suggest that this is especially true of leaders. Consider some of the greatest American leaders: Washington, Lincoln, Reagan and Billy Graham. Admittingly, we have to look far and wide to cite figures that come close to the height of the above greats. 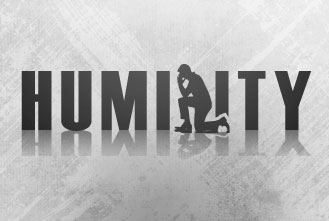 One of my Old Testament heroes is King David. He was a humble shepherd who was a “man after God’s own heart.” He was last in the line of Jesse’s sons to be considered as king, and God did choose him because the Lord takes delight in exalting those who are humble. David gave us about 70 of the 150 Psalms, was a tremendous musician, leader and warrior. It was after being king for several years that David’s character flaws began to become evident. Pride and lust began to emerge with all its deception and would soon bring the king to his knees.

When David felt he was no longer needed on the battlefield, he found himself gazing at Bathsheba, taking a bath on a nearby rooftop. Believing he was entitled, David summoned for the lady and committed adultery with her. Attempting to cover his sin, he had her husband abandoned on the battlefield where he would be killed by the enemy.

[adsanity id=8405 align=alignleft /]Being confronted by Nathan the prophet, David repented of his horrible sin and gave us Psalm 51. Here David appeals for mercy. What gives him the right? On what basis can he expect forgiveness for such hideous and destructive sins? He wants to be washed because he has so dirtied himself. The dirt was extremely filthy and had already spread like gangrene in that the condemnation of the Lord had affected other lives!

David was a humble shepherd and now a king who had jeopardized his reputation and caused havoc in his kingdom! What right does he have for any mercy and why should anyone put up with him anymore? The answer: God’s loving kindness and His tender mercy!

God did show mercy on David and the nation of Israel. He was restored after being disciplined by the Lord. If we don’t humble ourselves, God has a way of doing that for us. David made the right choice and once again became a humble man; one whom God could restore and use again to be the leader of His people.

When considering your choice for president in the upcoming primary and general elections, consider whether or not there is any sign of humility. In recent years we have witnessed what unbridled pride will do in a president and the nation he serves. We have become the laughing stock of many of our enemies who are taking advantage of our weakened position all over the world. We are no longer trusted by our allies who once looked to us for world leadership.
When any leader ignores biblical morality, leadership principles and their utter dependency on the Almighty, they will soon find themselves in the wasteland of total despair. It is even more dreadful when a humbled leader doubles down in their arrogance and continues to slide into total ruin and takes their country with them.

David was wise enough to admit that he made some bad choices. His desire was to return to the path he had wandered from. When the God of his salvation delivered him from his guilt and shame, David opened his lips and once again sang aloud about God’s righteousness and continued to praise the Lord before the people! No one, not even the devil himself was able to silence the praises of David!

It is refreshing for any people to hear their leader admit that they have made mistakes, have learned from them and will seek the Lord for a better way. The American leaders mentioned above humbled themselves
when they had made the wrong decisions. When a leader humbles them self, both God and the people they serve will support them once again. May the Lord give us humble leaders; not those who appear to be without flaws, but those who realize they are lacking and have need of a God who is able![adsanity id=11817 align=alignleft /]

Pastor Stephan P. Nash has served in pastoral ministries since 1981. Pastor Steve has consistently communicated the importance for Christians to speak, without apology, the truth with love. He is a member of the Tea Party movement and the Black Robed Regiment, which emphasizes the value of exercising our faith in the public square. Pastor Steve and his wife, Pam, have raised 7 children and presently serve at Christian Community Chapel, Hillsborough, NJ. Pastor Nash can be contacted at snash@mychal-massie.com